A closer look at Beryllium (Be)

Beryllium (Be) is a pure metal and is the 4th chemical element on the periodic table of elements. Beryllium is very useful, but cannot be found naturally in its pure form.

The properties of the beryllium

Beryllium is a lightweight, steel-grey brittle metal. The chemical properties of beryllium are similar to that of aluminium. Beryllium does not occur in its pure form in nature, but rather in the beryl ore and other solutions.

Where can beryllium be found?

Only three countries in the world produce commercially viable quantities of beryllium, namely the United States, China and Kazakhstan. Like most metals, the production of beryllium starts with the mining of beryllium-containing minerals, such as beryl ore. The beryl ore is melted, solidified, crushed and then treated with sulphuric acid to produce a water-soluble sulfate. A series of chemical extractions then take place to produce beryllium hydroxide which is the commonly used material in beryllium alloys and other uses of beryllium.

Pure beryllium is relatively expensive and is selling at around 600 to 800 dollars per pound.
You can buy beryllium on Amazon: 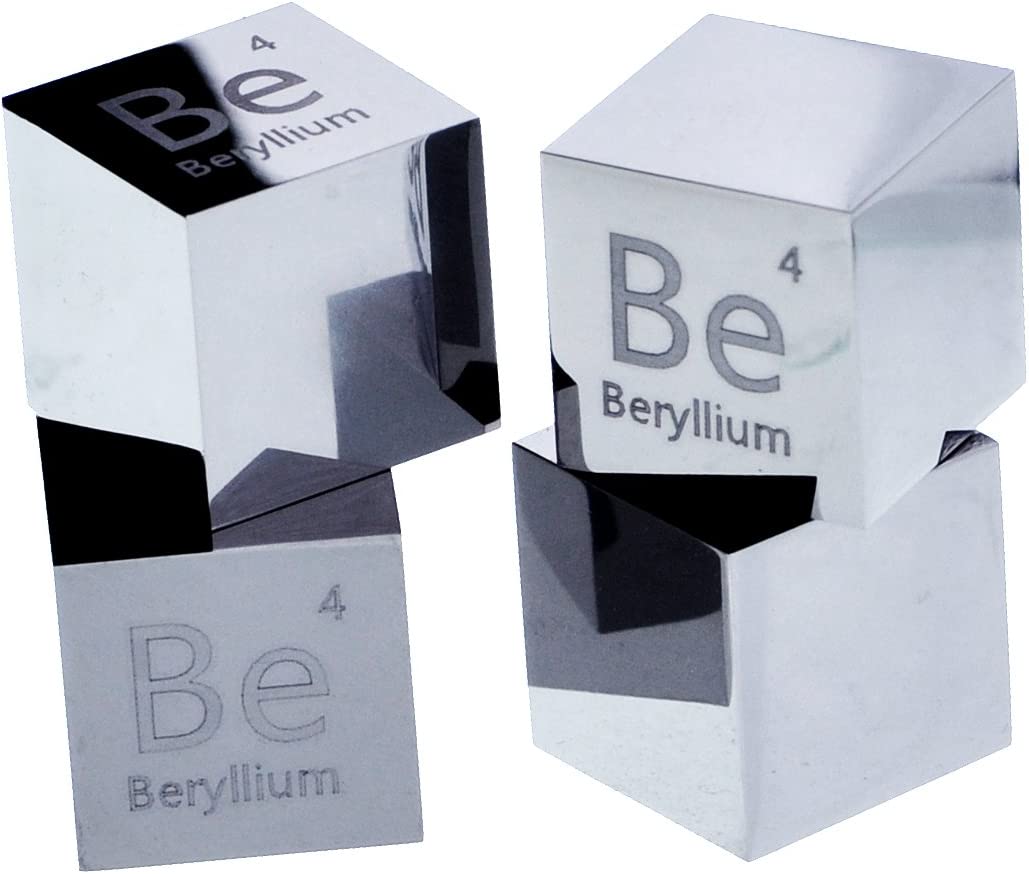 Are we running out of beryllium?

There is currently no indication that we are running out of beryllium since it is a metal that is not in high demand compared to the available resources.

Can beryllium be recycled?

Beryllium is recyclable and since it is a rare and expensive element, it is often recycled and reused.

Who discovered the beryllium element?

Louis Nicolas Vauquelin, the French pharmacist and chemist, discovered a new element in beryl ore and emerald, in 1798. He gave it the name glaucinium, but the name was changed to beryllium later, as it is known today.

Friedrich Wöhler was the first person to isolate beryllium in 1828.

What is beryllium used for?

Beryllium is used as a low percentage component in hard metal alloys, that are used in high-quality springs, gyroscopes, high-speed aircraft, spacecraft, and non-sparking tools. Beryllium increases the strength of copper by a factor of six and increases metals' electrical and thermal conductivity.

Beryllium compounds are generally colourless and have a distinctly sweet taste, of which the most common is beryllium oxide and beryllium chloride.

Beryllium Oxide is a high temperate factory material and has an unusually high electrical resistance and dielectric strength, with high thermal conductivity. It is used in rocket engines and high-temperature nuclear devices.

Beryllium is toxic and carcinogenic and is harmful in its airborne particulate form. When inhaled an immunologic response called beryllium sensitization occurs, which can develop into chronic beryllium disease, that causes scarring of the lung tissue and can be deadly.

There is currently no cure for this disease.

What did the oxygen say to the beryllium element? Sometimes you can be 2 positive. (Because beryllium has a 2+ charge)